Gold: See What This Fibonacci Ratio Says About Trend
A Fibonacci .618 retracement is a common reversal point in the markets

Fibonacci ratios appear throughout nature, from the shape of galaxies and seashells to molecules and even the human body.

The Wall Street classic book, Elliott Wave Principle: Key to Market Behavior, by Frost & Prechter, explains why these ratios should be of keen interest to investors:

The Fibonacci sequence governs the numbers of waves that form in the movement of aggregate stock prices. …

The fact that waves produce the Fibonacci sequence of numbers reveals that man’s collectively expressed emotions are keyed to this mathematical law of nature.

Here’s what you need to know: Price turns often occur when Fibonacci ratios between market moves — or waves, as we call them — have been reached.

Besides the stock market, Fibonacci ratios also show up in the price charts of other financial markets, like gold. 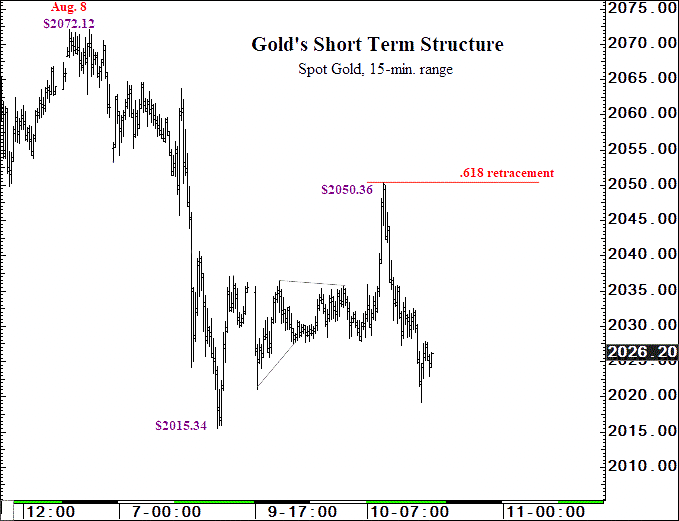 Gold, as you know, fell almost 6% on August 11, the very next day after the U.S. Short Term Update showed subscribers this analysis.

But the August 10 U.S. Short Term Update didn’t stop there. It went on to mention specific price targets for gold.

That’s the beauty of the Elliott wave model — it helps investors to anticipate what’s next.

Are you ready to “dig in” and absorb all that the Elliott Wave Principle has to offer?

If so, be aware that you can now access the online version of Elliott Wave Principle: Key to Market Behavior — free (no credit card information required — 100% free).

The only step required is to become a Club EWI member, and this is also free with no obligations whatsoever.

You’ll be in good company when you join. Club EWI has 350,000 online members — and its ranks continue to expand.