Not Inflation, But Deflation


In June, the U.S. government, revising its previous number, reported that the economy shrank by 2.9% in the first quarter of 2014.

The steep plunge caught the bulls by surprise.

It was substantially worse than the preliminary forecast
for a 1.0% contraction, which itself was a far cry from the
initial 0.1% growth forecast in April. 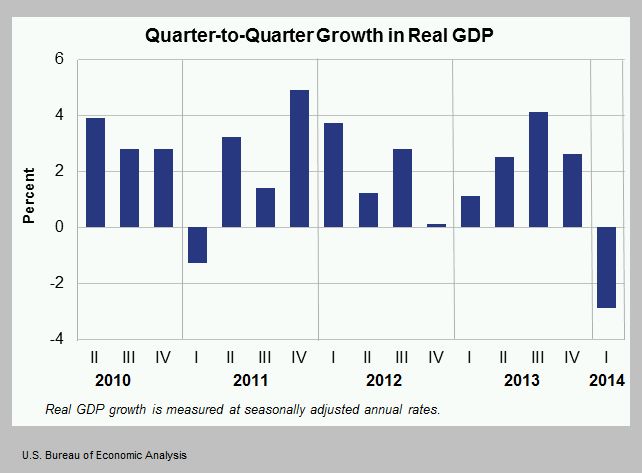 The [2.9%] decline was the sharpest since growth tumbled 5.4% in the first quarter of 2009 during the Great Recession. It was also one of the worst falloffs outside of a recession since 1960.

The Elliott Wave Financial Forecast, the monthly
report issued by Elliott Wave International, the world’s largest
financial forecasting firm, which is well-known for calling
into question many mainstream forecasting methods, holds a
drastically different outlook from the government. If you
too don’t trust the government projections, EWI is a good
source of contrarian-minded research and analysis.

Financial Forecast co-editors Steve Hochberg and
Peter Kendall warn that investors are dangerously discounting
the potential for a market selloff. They say the economy is
slowly contracting and winding its way toward outright deflation,
and the recent government revision is evidence of deflation
in action. In their recent issues of the Financial Forecast,
they have documented more than two dozen measures of extreme
investor optimism, a classic reversal indicator for technical
analysts.

But Hochberg and Kendall believe, in spite of all the optimism, that this latest revision should raise concerning questions among investors about the sustainability of today’s exuberant psychology — especially now that economic growth is inconsistent with the prevailing psychology. When so many sentiment indicators align in one direction, it’s a good time to check in on what the opposite side of the trend might look like. After all, markets never go in the same direction forever, and they tend to reverse alongside extremes in sentiment. Investors who are aware of and prepare for such turning points dramatically increase their chances of surviving them.

Click here for specific forecasts and analysis from Hochberg and Kendall’s latest, July Financial Forecast. You will get free access to a big chunk from their latest issue, complete with labeled technical charts.

This
article was syndicated by Elliott Wave International and
was originally published under the headline (Video) Is That Deflation Knocking on the Door?.

2 thoughts on “Is Deflation Coming Again?”