After the rally from 2009 stock market bottom, stocks relentlessly marched up often without a breather. We have reported complacency has reached extreme levels in the past. But that in itself does not pinpoint a top. But when we have multiple measures lining up, one has to stop and contemplate the possibility that we are seeing the view from the very top.

This article was adapted from Robert Prechter’s June 2015 Elliott Wave Theorist. For more charts and detailed commentary, analysis and forecasts from Prechter’s latest issues, click here for the extended subscriber version of this free report.

It is amazing to read assertions from the Fed and others that the stock market is nowhere near being in a bubble. Several aspects of the financial environment are actually so extreme as to be unprecedented. Some indicate a bubble, and others a bubble in trouble.

Below are eight indicators we are watching closely, among others.

Never have more trading-account owners owed so much money, and never have they had such a low level of available funds from which further to draw. 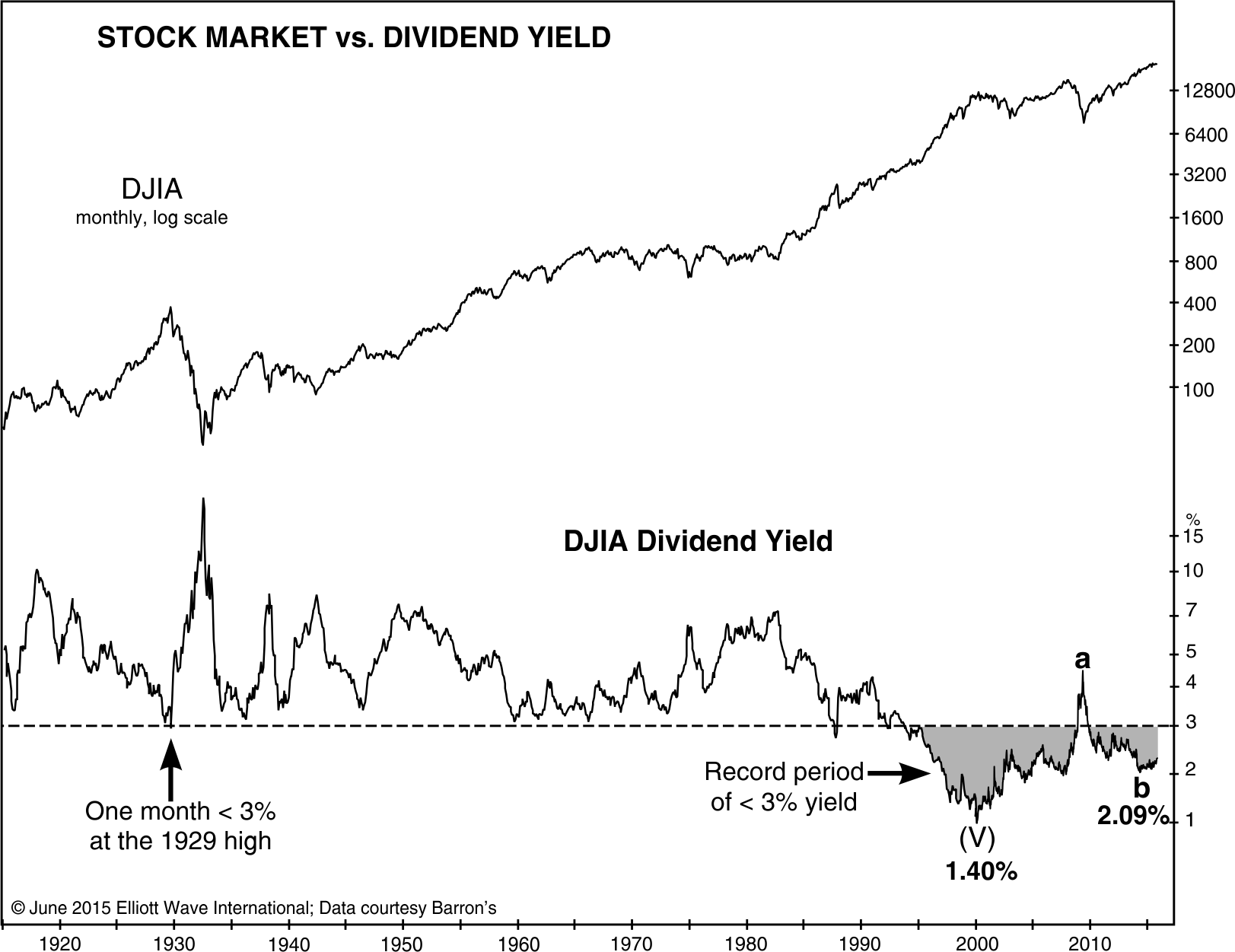 3) Stocks Are Overvalued (based on dividend yields)

4) Fund Managers Are Maxed Out

The percentage of cash in mutual funds has been below 4% for all but one of the past 70 months (a period of nearly six years). Prior to this time, the longest such duration was only nine months, a streak that ended in October 2007. 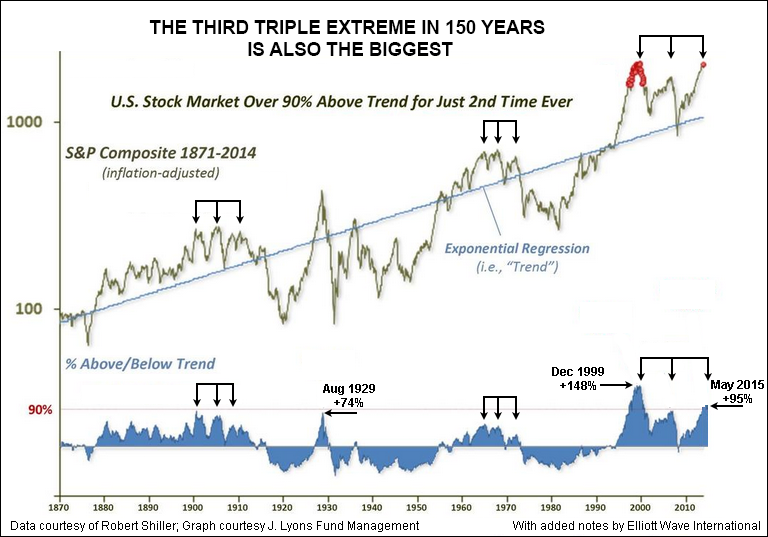 5) Stocks are at a Triple Extreme

Such a thing has never occurred before — one year, maybe, but not six.

On May 20, we published an interim issue of The Elliott Wave Theorist to tell subscribers:

Today something amazing happened: The Dow Transports closed at a 6-month low on the same day that the S&P 500 made an all-time intraday high. I doubt this has ever happened before.

The Dow Theory non-confirmation between the Dow Industrials and Transports is now [more than] six months old. This big a divergence, for this long a time, is very bearish.

The 30-week moving average of the percentage of bears among stock market advisors is at a 38-year low. (Investors Intelligence data is inverted to show optimism.)

This article was adapted from Robert Prechter’s June 2015 Elliott Wave Theorist. For more charts and detailed commentary, analysis and forecasts from Prechter’s latest issues, click here for the extended subscriber version of this free report!.

Are you prepared for the market crash? Beware! By definition, only the few can sell at the top which is a point in time. When it comes to pass, a rapid decline can wipe out years of gain in a matter of weeks! It has happened in the past. Do not think this time is any different.