Corona Virus popped the debt bubble and the unemployment rate is skyrocketing at a never seen before rate. We have the head lines that claim it is worse than Great Depression.

The jump is visible, we are coming down from record high rates (as of January 2021):

But is the only problem Corona Virus in 2020, or was there a systemic problem already?

After the Greatest Bull Market during the last decade, the US employment ratio, the number of adults working, compared to the population is well below 2008 peak. As of January 2021, it is a disaster despite record money printing:

We have other problems that are hidden by the recent calamities. A reason why the jobs picture still looks gloomy is that an unusually high number of people can’t find jobs even though they have been looking for a long time. About 2.1 million Americans have been unable to get a job for over half a year. The government calls these people the “long-term unemployed.” We stop counting them.

The last big issue is that wages aren’t going up for many Americans. The typical take home pay (often called “median income” by the Census Bureau) is about the same today as it was 20 years ago, once you adjust for inflation.

Why are you unemployed?

The Root Cause
There is not enough money in the economy to pay salaries that people HAVE TO demand. How?
Banks create money when we borrow. Entire money supply is interest bearing debt. We ran out of borrowers, so new money is not being created as fast anymore and we owe more than the entire money supply. This creates chronic shortage of money where weakest borrowers will go bankrupt.

Put in numbers, a gross simplification but makes the point clear: There are N people. Each borrowed X, but promised to pay X+I. So each must earn X+I. Who can pay that much? The combined money in the economy is N*X. How can we find employers who can pay N*(X+I) ? This is what they mean when they say one of the FED’s functions is to fight unemployment. They do that by keeping interest rates low (thereby making more people borrow which in turn increases the money supply), or they simply print money and lend to the US treasury who spends it (inflates the money supply) and creates jobs.

In theory an unemployed person could be willing to accept lower wages for work. But minimum wage laws do not allow that. Even if you wanted to work for less money, your employer cannot hire you because of the law. Then there are unions that tie the employers’ hands with regard to pay. But the bigger reason that really prevents you, or other debt slaves, from accepting lower wages is that the deflation of the money supply creates the conditions such that while the strong can earn, when they do so, not enough money is left for the weak. Thus there can not be enough jobs for everyone. This is a problem of Debt based Monetary system when deflation hits.

The recent Corona Virus job losses pushes us there much faster than earlier recessions: 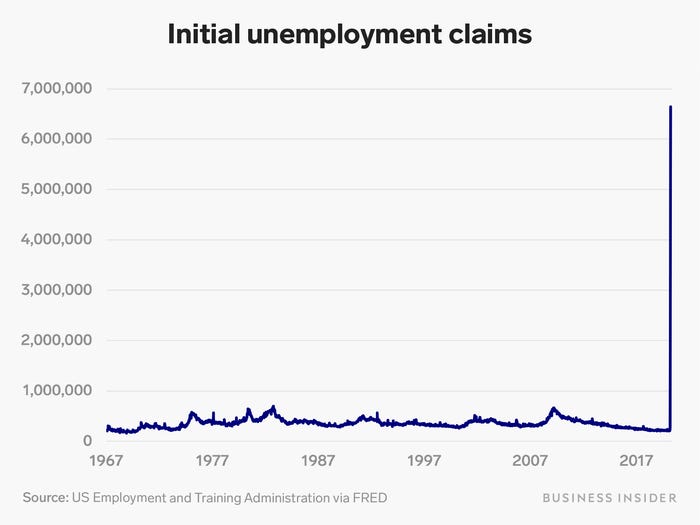 Why Does the Workforce Still Shrink as Job Growth Rises?

Editor’s note: This article was adapted, with permission, from the February issue of The Elliott Wave Financial Forecast, a publication of Elliott Wave International. All data is as of Jan. 30, 2015. Click here to read the complete version of the article, including specific near-term forecasts, 100% free.

A significant hint of economic softening is the slight decline in average hourly earnings in December. It came despite “a healthy 252,000 increase in jobs. Economists are struggling to explain the phenomenon,” says the Associated Press. “I can’t find a plausible empirical or theoretical explanation for why hourly wages would drop when for nine months we’ve been adding jobs at a robust pace,” says a perplexed economist. The chart above of the U.S. Labor Force Participation Rate presents a similar conundrum. Why is it falling when job growth is rising? The answer, we think, is the emerging force of deflation.

Notice that the peak participation rate of 67.3% came from January to March 2000, as the major stock indexes topped, after which inflation first began to falter. When stocks rallied to their 2007 top, there was a mild bounce in the rate, but the latest stock market rally failed to generate any sustained rise in the rate of work force participation. Workers appear so discouraged that the pool of available employees is back to where it was in 1978.

The opening chapter of Robert Prechter’s best-seller, Conquer the Crash, illustrates various other measures depicting a long-term economic deterioration and states, “The persistent deceleration in the U.S. economy is vitally important, because it portends a major reversal from economic expansion to economic contraction.”

Click here to continue reading the complete version of the article as part of a lengthy excerpt from the newest issue – including specific market forecasts, fully labeled charts and more – 100% free.

The deflationary crash was forecast in 2002 “Conquer the Crash” best seller. Conquer the Crash correctly predicted credit deflation, bailout schemes, banking and insurance company troubles, troubles with collateralized securities, derivatives, mortgage-backed securities, woes of Fannie Mae and Freddie Mac, real estate crash. Conquer the Crash foretold the inability of rating rervices to see the coming crash, fate of political leaders in bear markets, desire to print money, short-selling ban, and other psychological changes that accompany bear markets. Plunging confidence and crashing tax receipts were all predicted. Conquer the Crash is a must read to understand the severe economic downturn we are in. Even today, seemingly after the worst of it, the updated second edition is an entertaining read that explains the financial turmoil in a clear and easy to understand way to prepare you for what is about to come next.